“The disgraceful C&R-led plan to bulldoze Seniors social housing at Liston Village in Hillsborough is one step closer to being overturned”, says Julie Fairey after the Roskill Community Voice majority on the  Puketāpapa  Local Board voted last night to confirm its view that housing should remain on the site.

Cr Cathy Casey of City Vision was also at the meeting last night, along with residents from Liston Village and the Chair of the Liston Management Board. “We have a critical housing shortage and a huge waiting list of older people for housing so why on earth would we even consider demolishing 25 good houses at Liston Village,” Casey says.

“After years of work and making this the top advocacy issue for the  Puketāpapa Local Board with the Governing Body of Auckland Council, we received a report last night (here from p97) and endorsed options to use land from Liston Village to improve Monte Cecilia Park, while retaining (and in fact increasing) the total number of Seniors social housing units on the site. This is a practical win-win that we hope and expect will be supported by the Council Committee who will consider the issue in late 2019”, says Julie Fairey.

“We know that the pressure of the Auckland housing market is placing seniors on fixed incomes under huge stress as rents in the private sector are rising steeply.  More Seniors social housing is urgently needed, not bulldozing what we have”, says Anne-Marie Coury, Roskill Community Voice candidate and long time seniors’ advocate.

“The housing situation in Auckland has changed significantly since 2010 when the sale and purchase agreement for Liston was forced through by C&R in the dying days of Auckland City Council. We were saddened but not surprised to once again see C&R speak to support the old plan to remove this much needed housing to add grassed area, and refusing to vote for the win-win options to retain housing while using some Liston Village land to improve the park. It is an obsessive C&R vanity project to make Monte Cecilia park ever-larger. It is a beautiful park, we have supported significant investments in it and it has already grown by 36,600m2 in the last four years, but we also think that housing for Seniors in our community is important”, says Julie Fairey.

“The residents of Liston Village, are a well-connected existing community that deserve our support now and for the future”, says Anne-Marie Coury. “We now urge the Auckland Council Governing body to work with us to ensure the continuation of this much needed Seniors social housing. We will not give up.”

(Images below from the 2016 Save Liston Village campaign) 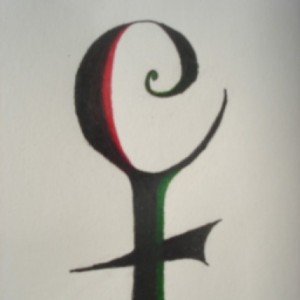